Join our club to get notified when vegan
companies do a Crowdfund where you can
invest starting at $100.

Watch this 60 sec video to see how it works

"This site can help Vegan consumers invest in products and companies they love. It's conscious economy coming to life. I love it!"

–Esther Bertram, Founder of In Vegans We Trust

Be a part of the change!

"Be the change you wish to see in the world."

Why do people love this club?

Join the club.
Here’s what you’ll get:

(On a deal-by-deal basis)

Some companies members have invested in

“As a startup founder it’s gratifying when the crowd invests because it means they support our mission and believe they can make a profit with us.”

“Vegan Investing Club was a rapid response team for our funding needs during early 2022. Their investors helped to quickly push us past our funding plateau to a successful Reg CF Campaign. VIC was the solution that we needed right when we needed it most!” 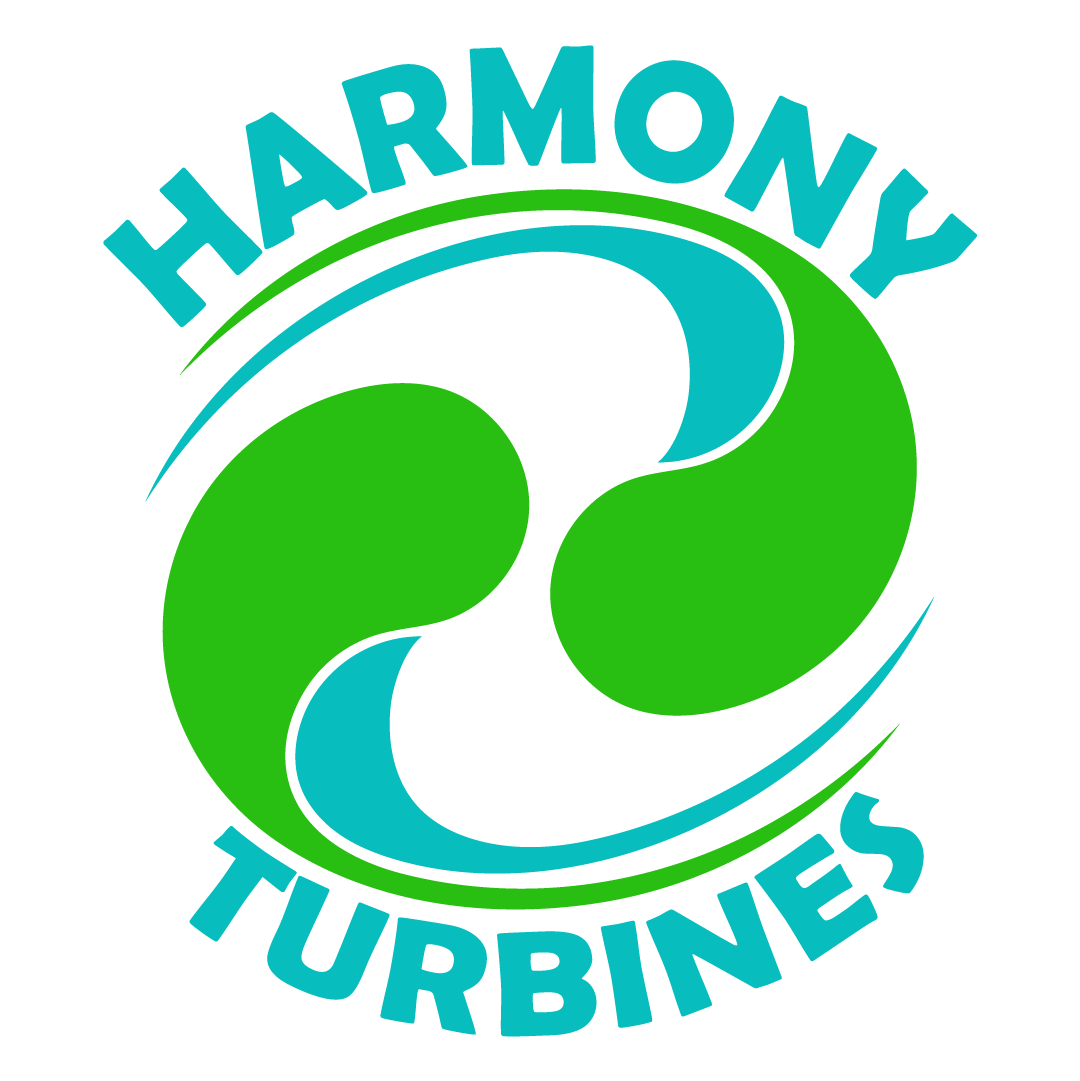 “Club members were great they helped push our Crowdfund over the million dollar mark.”

“Once customers taste our delicious vegan foods they fall in love and Club members understood this because they invested to help more people enjoy plant-based.”

“We’re strongly mission driven and the members of this Club responded by investing in our Crowdfund. We’d certainly do it again.”

“Reaching a large community of vegans who get our mission and product makes a huge difference. We'll use this Club again!!.”

"Mark, the founder of the Club, came to see a PowerBloc system at our latest installation and had a chance to speak with the customer. Seeing the innovation and speaking with the customer, gave him the authenticity to explain our independent power system to the Club's members. Our campaign progressed nicely around the dates the Club featured the PowerBloc in member updates." 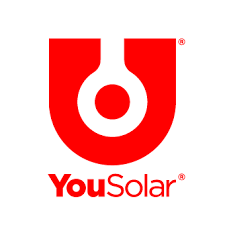 "We love that investors from the Club invested and we expect them to become some of our most passionate customers."

Previous
Next
Join Our Club

How does our values-focused investing club work? 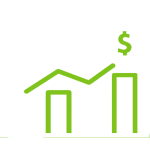 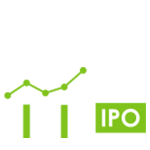 Wait and see if any of your companies go public or get acquired and cash out any profit.

0
members joined to date
We’re stronger together. If you’re hungry for change, join the Club to accelerate the vegan economy with thousands of like-minded vegan advocates and small investors.
Join and start changing the world with us!

"Let food be thy medicine."

Who started the club & why ?

Current animal-based production and market practices are widespread and unsustainable. A pound of beef can take 1,800 to 4,000 gallons of water to produce. According to the Water Footprint Network, the average water footprint per gram of beef protein is six times larger than for legumes. The future is vegan. It’s time to invest in sustainable, humane food production.

Maximize your impact by joining the Vegan Investing Club.

Phase 2 – In late 2021 we began announcing one company a month. The response from members was so positive – the vegan entrepreneurs reported raising significant amounts of money from Club members.
The model seemed to be working: “a free Club of vegan advocates investing small amounts together.”
“But the question was “could it scale to help hundreds of vegan companies every year and really ramp up accelerating the vegan economy?”

By the end of 2022 we had the answer. The membership had grown past 20,000 and our Club had invested significantly in 10 companies. This model works. Now the founder and his advisors realized it’s time to scale up membership into the hundreds of thousands or millions and accelerate the vegan economy even faster.

Phase 3 – During 2023 the founder’s vision is to rapidly increase membership and announce many more vegan companies. We could reach 100,000 members worldwide and help 25 companies!

Who knows how far this can go? People all over the world are waking up and realizing that if most people eat even 10% more vegan this will save us all. And the good news is that everyone can be part of this change with a chance to profit from the expanding vegan economy.
So maybe the founder’s vision of a global Club of a million vegan investors will manifest – with each member building their own private diversified vegan retirement portfolio. This would help hundreds and hundreds of vegan startups.

And when we help the vegan economy, we heal the world.

We’re a group of vegan entrepreneurs and social impact investors who believe that the world needs more plant-based companies to lead the charge in environmentally and ethically-responsible ways. Our vision is to unite like-minded investors from around the world to build a vegan economy through equity Crowdfunding campaigns, regardless of how much or how little individuals are able to invest. There’s power in numbers and the most powerful way to create a vegan economy is through unified action.

The people behind the club

Mark is a vegan entrepreneur committed to thinking outside the box and finding creative solutions to make the world better. As an advocate of values-based investing and avid supporter of companies that do good, Mark has spoken at conferences such as the Silicon Valley Crowdfund Conference, Global Crowdfunding Expo, the Silicon Valley Investment Conference, Deal Flow Media Conference, Global Trade Expo, CrowdConf et al. He’s been quoted in The Wall Street Journal, Business Week, Fortune, Financial Times, Barron’s, The Los Angeles Times, and The Los Angeles Business Journal. 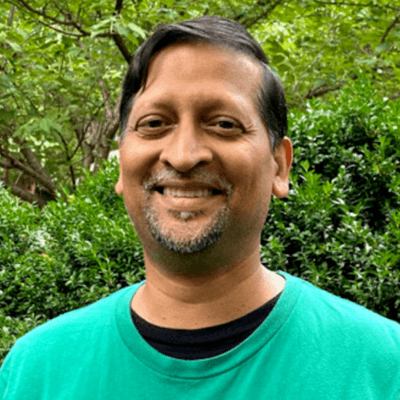 “The reason I’m so excited to be part of the Vegan Investing Club is that it brings together passionate vegans and bold, early-stage companies promoting vegan products and services in a unique and very simple way. Now we can all be part of accelerating the vegan economy in addition to the other thoughtful ways we live and advocate for a vegan lifestyle that is so necessary in our world today.”

Saurabh enjoys being involved in outreach, education, and greater advocacy of sustainable vegan diets and Ahimsa (non-violence) as compelling solutions to many global problems. Saurabh is a lifelong vegetarian and ethical vegan since 1991. He volunteers in various capacities and leadership roles for numerous vegan and animal rights organizations including the International Vegetarian Union and the Veg Society of D.C. He identifies as a Jain and has been active in the Jain community locally and internationally.

Saurabh is a longtime ethical investor and pursues ways to incorporate vegan values into investments. He works as an engineering consultant on the next generation of emergency communications systems, holds graduate degrees in Physics and Engineering, and explores ways of integrating sound science into related areas of his activism and passions. 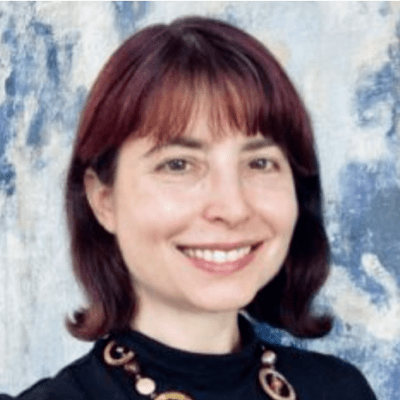 “The Vegan Investing Club is a win-win-win!”
Read More

"It's wonderful how they are able to empower small and medium-scale investors AND new vegan companies from the start. We need a strong vegan economy to create a compassionate vegan world. The Vegan Investing Club is accelerating both."

Dawn Moncrief is the founder and president of A Well-Fed World, an international hunger relief and food security organization advancing the benefits plant-based foods and farming.

Dawn is the board chair of ProVeg International, board chair of Beyond Carnism, and co-chair of the Food and Climate Alliance. She has presented throughout the U.S., U.K., Europe, and Africa. Her publications include contributions in: Food Justice: A Primer; Striking at the Roots; The Reducetarian Solution; and Circles of Compassion. 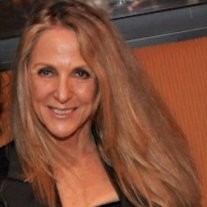 “Am thrilled to see this Club working so well … ” Read More

I’ve known Mark for years and am thrilled to see this Club working so well — it has more potential to accelerate the vegan economy than anything I’ve ever seen.

Eilene Cohhn - Board Member of PETA

Eilene Cohhn - Board Member of PETA

As a Board Member of one of the largest animal rights organizations, Cohhn has organized numerous fundraising events with Vegan celebrities including Paul McCartney, Sarah McLaughlin, the B52s, Jane Goodall, more. Almost single handed she brought millions of dollars and international coverage to the animal compassion movement.

Previous
Next
Click to see why they love us!

Hear from the people

John ObergAnimal advocate, influencer, and social media professional
Read More
"A kind world for animals is possible if we make it happen. One way to do this? Support vegan business. That's why I was excited to learn about the launch of Vegan Investing Club! You can crowdfund & strengthen our community." 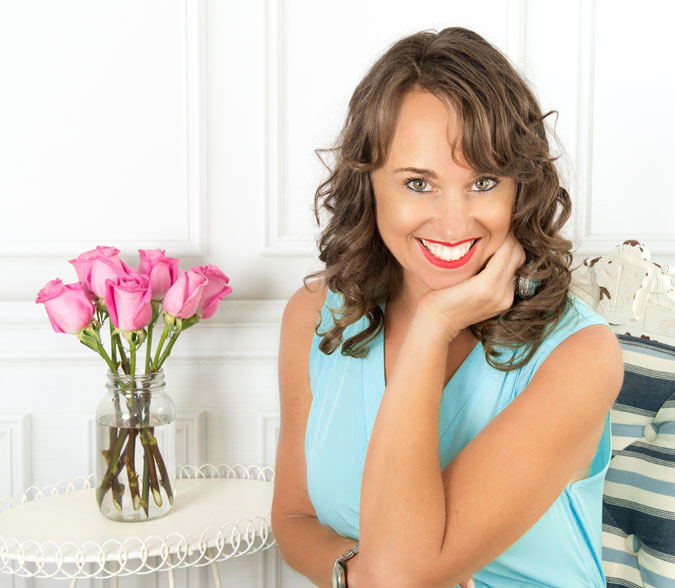 Colleen HollandPublisher + Co-Founder of VegNews
Read More
"I love what you're doing, and with your expertise, drive, and passion ... VegNews wants nothing more than ... to help you get there."

Seth TibbottFounder of Tofurky
Read More
"Businesses need startup money and that could be the hardest to get." 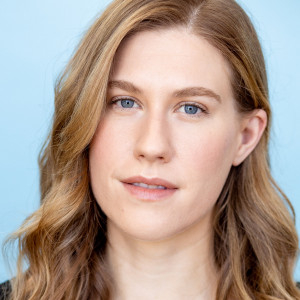 Tori RossVegan Actress, Capture
Read More
"What's so exciting about V.I.C. is that it provides this lower barrier to entry for so many more people to start investing, and investing in companies that they believe in and that align with their values." 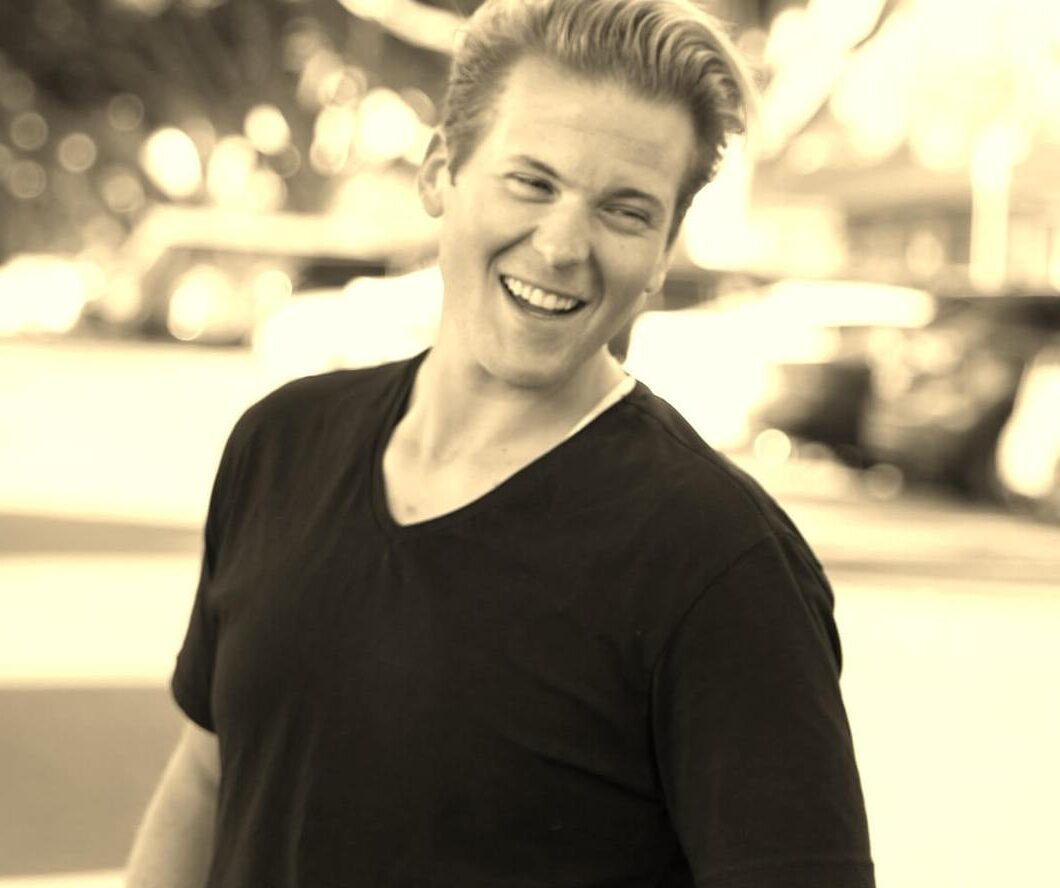 Charlie JabaleyVegan Ironman and Nike Athlete
Read More
"Everybody knows veganism is the future like- everybody! A way for, you know, smaller companies to be able to access funding and investors to be able to ride the wave." 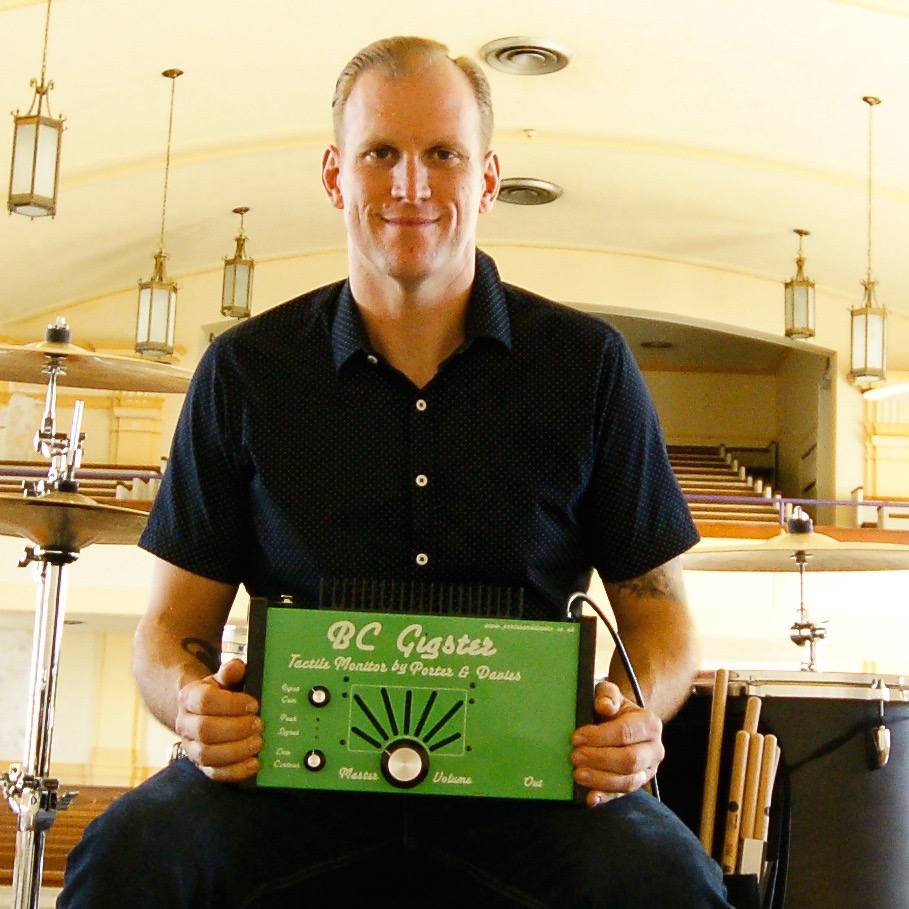 Kent AberleVegan Musician and Performer
Read More
"Check out the Vegan investment channel whereas for as little as $100, you can not only support young upstart vegan companies, but you will actually become part of the vegan economy where we will change the world." 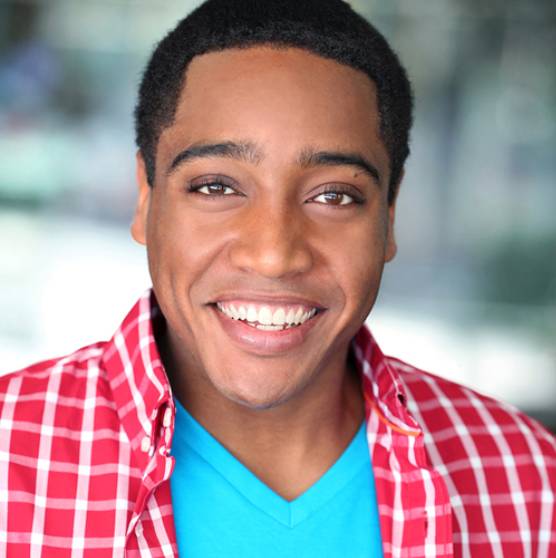 JR RitchersonVegan Actor on Nickelodeon
Read More
"Hey guys I'm absolutely loving this new Vegan channel. If you want to change the world to make a major impact, check it out for yourself."

Sam MarraVegan Bodybuilder and Actor
Read More
"This is a great opportunity to support vegan companies. If you're vegan and looking to make an investment that actually matters, this is the way to do it." 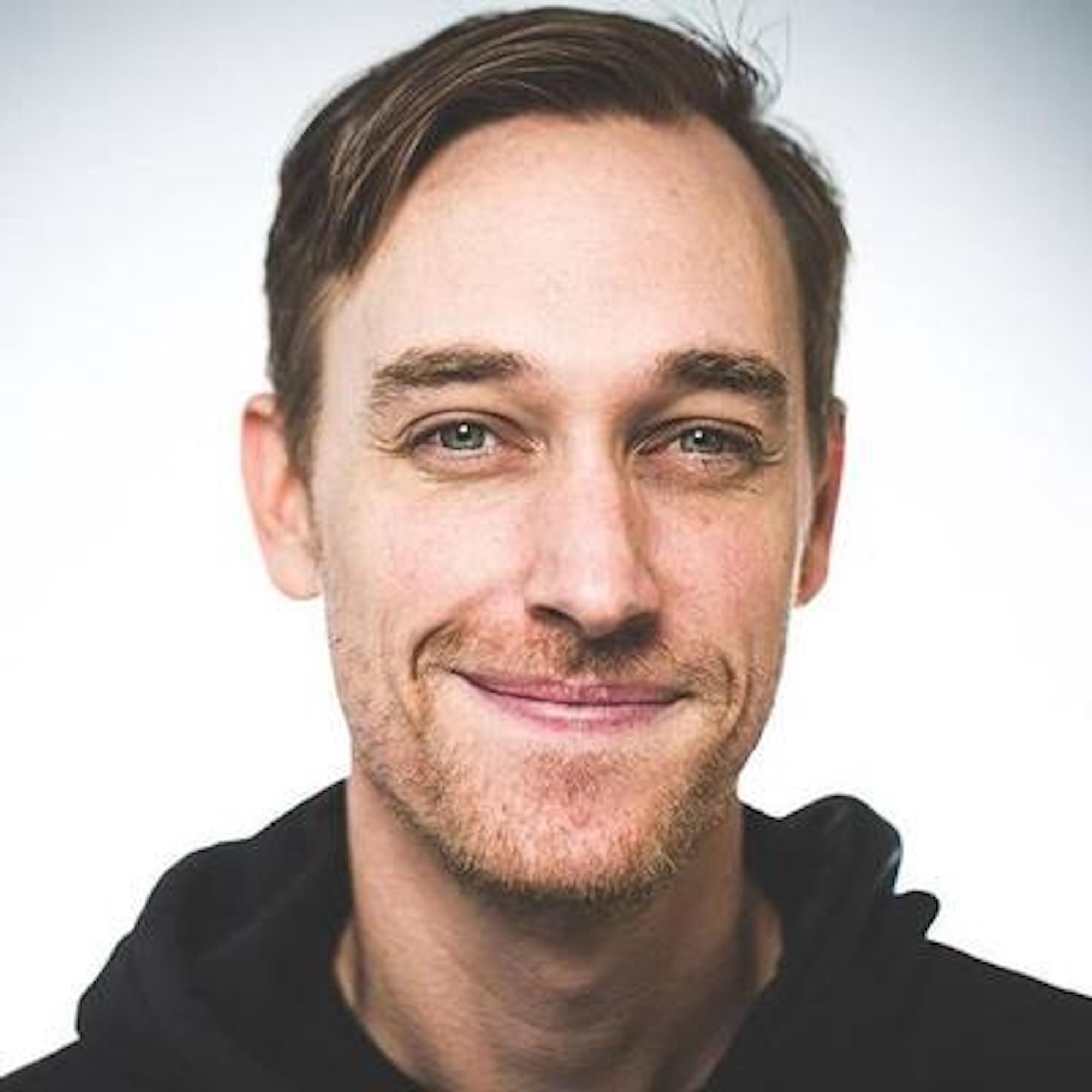 Keegan KuhnDirector of "What The Health" & "Cowspiracy"
Read More
"I'm super excited about the Vegan Investing Club because I wanna support Vegan businesses and I want to see them thrive. To invest in a Vegan startup that has a mission of sustainability, health consciousness, or more compassionate living is where I want to put my money." 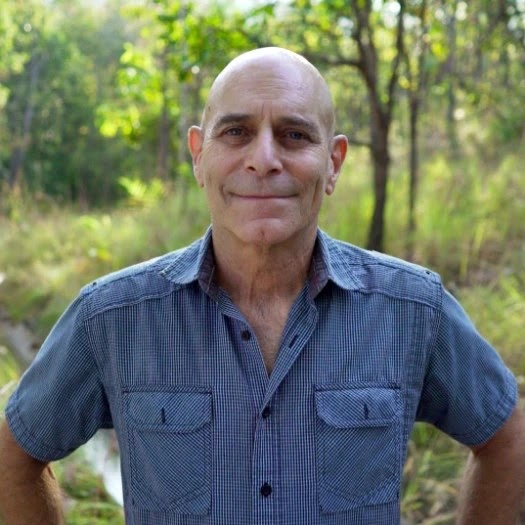 Mark PerlmutterFounder of VegReady & Initial Organizer of the Vegan Investing Club
Read More
"These companies will have values that the investors and customers want, so it’ll be more aligned and, hopefully, end up with better products and services in the market."

Dotsie BauschFounder of Switch4Good, Olympic Silver Medalist, World record Holder 8 x U.S. National Champion
Read More
“How wonderful and empowering is it that a platform has been developed to allow even the smallest of investments into the world of vegan living. As we begin to guide our financial decisions with our souls, we become free and our truest authenticity rises above all else. This platform is a game changer.”
Previous
Next
Be a part of the change!

We support non-profits that are making a difference. Switch4Good reaches millions each year and explains why dairy is not good for humans or for the animals that it is taken from.

- A short message from the founder

We support this non-profit!

The vegan economy is rising 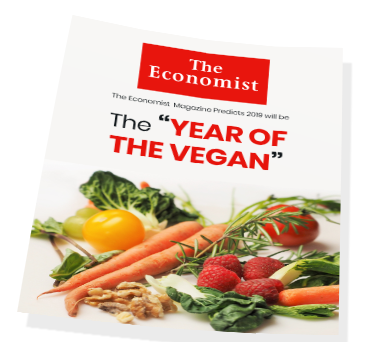 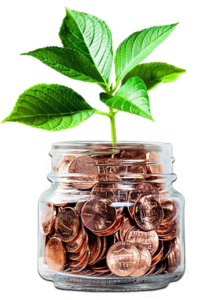