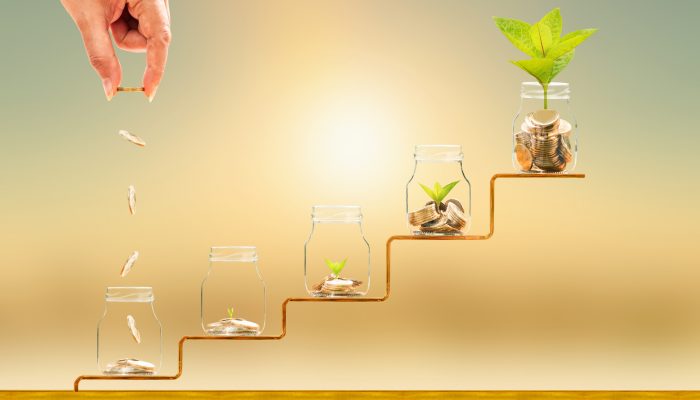 6 Ways to Own A Piece of the Vegan Economy

While this club’s main focus is small public offerings and equity Crowdfunding, there’s of course more than one way small investors can own a piece of the Vegan economy, and we’ll be sharing some of these with you today!

We’ll outline some of the ways to own shares in your favorite Vegan businesses, and touch on pros and cons of each.

1. Start your own company.

While this is not traditional ‘investing’, it shares key commitments while also going above and beyond. It’s of course one of the riskiest and most time-intensive options. As the founder of a company, you’ll likely be contributing years of hard work and sweat equity, while also navigating the many obstacles inherent in building a business.

Many first-time business owners have to take out personal loans, lines of credit, and put tens of thousands of dollars of their own money into their startup. All of these investments are made without any certainty that their efforts will pay off or that they won’t become yet another statistic comprising the many small businesses that go bankrupt within their first couple years.

The benefit  – if you’re willing to take on those many risks and commitments – is that you’ll maintain majority ownership, and if you so happen to drive your company to success and go public, you’ll have a significant profit from building  the Vegan economy.

2. Join a startup and get paid in shares.

Second to that is to work for a Vegan startup that offers shares to its employees. This can often be the case with young startups that can’t yet afford to pay full-time salaries, and may instead incentivize early employees by offering shares and a small salary.

If you’re willing and able to work for a reduced salary, you’ll gain the potential of upside in the value of the Company’s shares  if and when the company you work for gets sold or goes public. This can be a great option for those with skills suited for a promising Vegan  company. Plus, as a secondary benefit, you get to work as part of a  mission-aligned Vegan team!

3. Qualify and invest as an  accredited investor in private offerings of Vegan companies

Legally n the United States, you must be a so-called “accredited investor” to invest in early-stage startups. To qualify as an accredited Investor, you have to earn at least $200,000 per year for a minimum of two consecutive years, or have a net worth of at least $1 Million, excluding your primary residence.

If you meet  this criteria, you can then approach Vegan businesses you’d like to become an investor in and offer them an investment in exchange for shares in their company. Sometimes the minimum amount to invest this way is very high.

4. Equity Crowdfunding on regulated  Portals such as: Wefunder, StartEngine, and Republic

As we mentioned, a new law effective in 2016 provides early-stage investment opportunities to all Americans, that were previously reserved only for Accredited Investors.

Companies must be listed on regulated Equity Crowdfunding Portal like Wefunder, StartEngine, or Republic.  For instance, read comments by club members who invested in the past in Vegan companies through Crowdfunding Portals. One example is Vegan Fine Foods which was offered on Wefunder Portal in the US. Another example is allplants ltd which was offered in the UK on Seedrs Portal.

Of course when investing in an early-stage company, it’s always recommended that investors do due diligence including looking at the company’s story and financials before investing. Crowdfunding Portals make this much easier for a small investor because regulators require companies to post important information in the same format. In this way investors can understand it more easily and compare offerings.

Investing in startups always comes with significant risk. As a rule of thumb, you should only invest what you can afford to lose! As investments go, startups are far more binary than public companies listed on the stock market: they either lose it all, or win big! If the company succeeds and does go public or is acquired, you could win big. But this takes years. So, if you can’t afford to wait for a return, or need the money to pay your bills, startups are not right for you.

The reward, though, if you are able to invest early in the next ‘Beyond Meat’, is that you’ll own shares in a major company at a fraction of their public offering or acquisition price. And by investing in a Vegan company, you’re also helping boost the Vegan economy!

Similar to Equity Crowdfunding, Regulation A offerings allow anyone to invest, whether rich or not. They also have some of the same risks and rewards listed above for Equity Crowdfunding. Regulation A offerings are sometimes referred to as ‘mini-IPOs’ where companies are allowed to raise up to $50 million in 12 months. Both accredited and non-accredited investors can participate. And often they begin trading on a stock exchange after the offering.

This is the type of investment most of us are familiar with done through a broker.  Whether we invest in an individual stock, like Beyond Meat, or in a portfolio of companies, through a fund like the Vegan fund ‘VEGN” this is a great way to participate in the Vegan economy. As a rule public companies are far more established than private ones, so they bring significantly lower risk, and usually earn  significantly lower return on!

Have you invested in Vegan companies through Equity Crowdfunding or other ways? Would you share your story with other Vegans in our community?

Go to our Vegan Investing Club Facebook Group, or email us at Hello@VeganInvestingClub.org and help grow the Vegan Economy Forward.